The next project was the distribution of several thousand mosquito nets.  Our target group was initially the children under 5 years of age and their mothers, especially pregnant women.  Then we followed up with the elderly and infirm, which represent most of the deaths caused by malaria in Malawi.  The children are particularly important, since in the villages they have only a 60% chance of surviving until they are five years old, due to malaria.  The thought of losing 40% of your children in infancy just hurts my heart. Pregnant women are far more likely to die from malaria than any other cause, and since they represent the caregivers for the children, they are very important.  Of course the aged are weak and malaria is commonly fatal.  Some of the versions can kill otherwise healthy persons within 48 hours. There being no immunization against malaria, the nets are our first defense.

We try to work within established service groups, so many of the nets went to orphanages and schools, with no regard to religious affiliation. We do not proselyte in connection with these distributions, they are strictly for humanitarian reasons, although the recipients all know they are from the "Latter-day Saint Church."  We get lots of questions about the name... 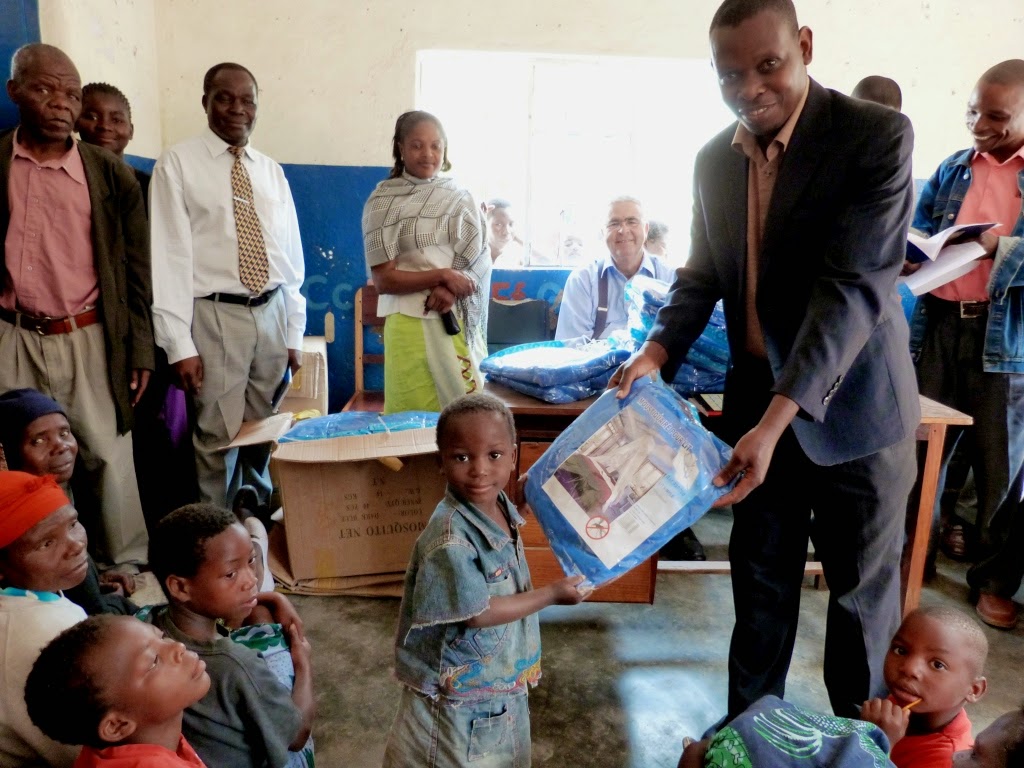 A member of our District Presidency supervises the distribution in Ndrandi.  He is also the Public Relations Director for our zone. 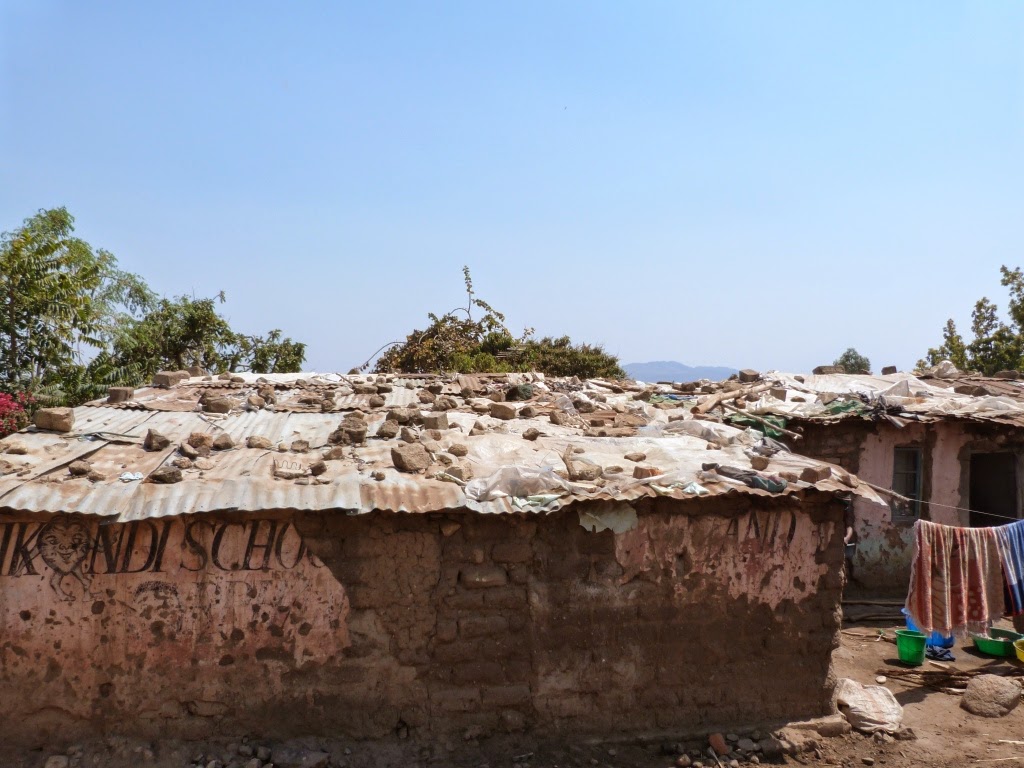 This is the outside of the orphanage. 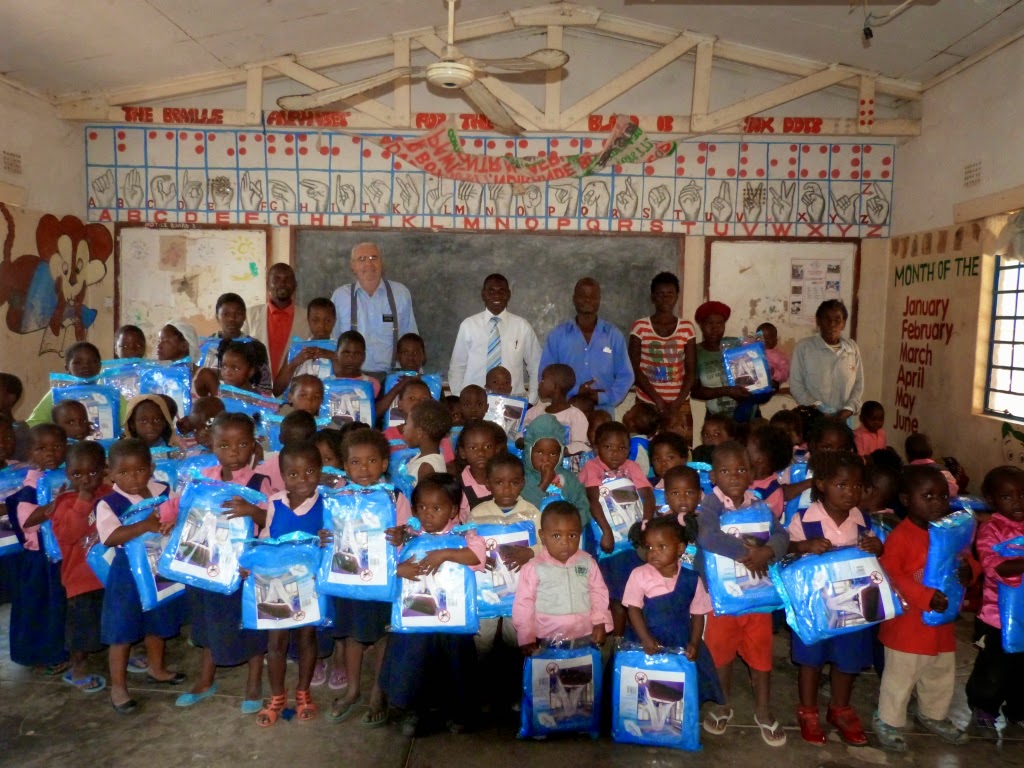 This group is from another school, which has a really fine facility, but no funding.  It is always the same here, as NGO's and churches fund improvements, but cannot supply ongoing support. 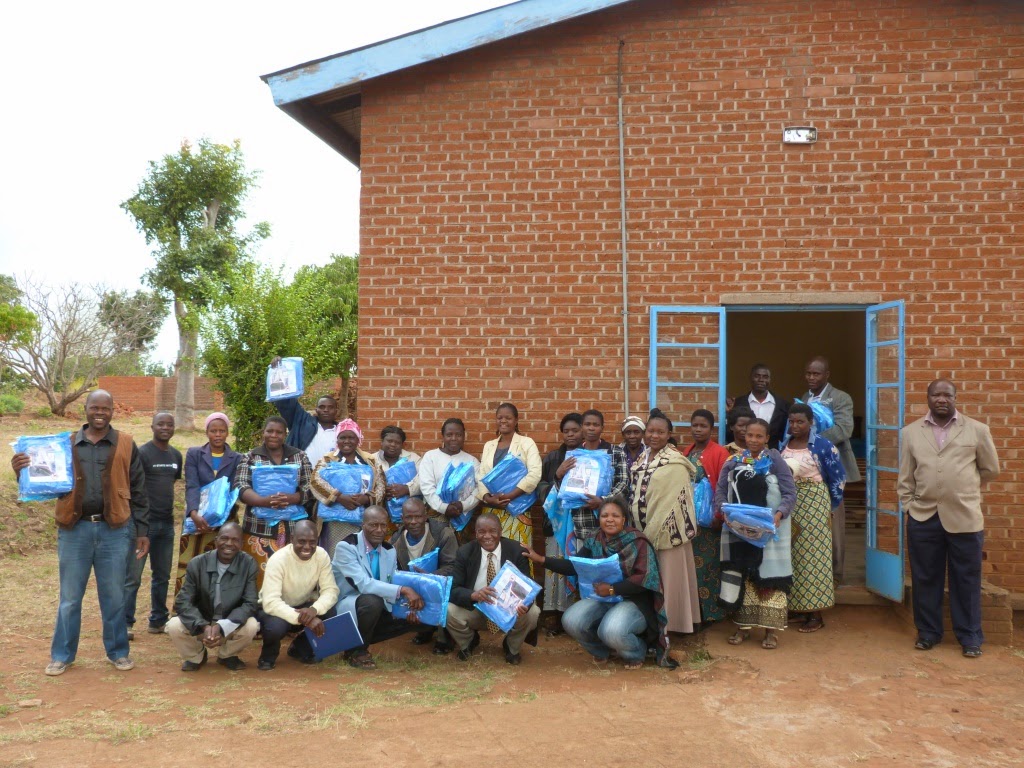 We could not take a picture of the recipients here at the reformatory for privacy reasons, but we also furnished nets to the staff so that they may remain healthy and fulfill their role as support for troubled teens in this facility.

Many of the remainder of our nets were distributed into specific villages, where the mortality rate is the highest.  It is hoped that they will help for  a number of years.  The insecticide with which they are treated lasts several years and multiple washings, but then the nets become just a physical barrier, which is still useful, but not as effective.

Again, it was a rewarding couple of weeks, but sometimes it seems that our efforts are just a drop in the bucket, there are so many needs.  We also know that in spite of our best efforts, some of these nets will be sold on the black market to buy food.  Teaching people to look a little farther ahead than just their next day's meal is really hard. Still we press on, hoping to make a difference in someone's life.
Posted by Ann and Ken at 2:40 AM No comments:

Email ThisBlogThis!Share to TwitterShare to FacebookShare to Pinterest
I though I had better put a little more of what we were usually doing, lest you should think we were always on safari.  We are the anchor couple for this corner of the mission, so whenever there is a project going on we are pretty much involved.  During the last couple of months we have had two major projects, the wheelchair distribution and the mosquito net distribution.

The wheelchair project is administered by Mobility, an NGO which works with disabled transport in several countries in southwest Africa.  As with many of the church's projects, we work with established vendors who have more permanent contact with the native people.  We furnish the chairs, and they furnish the expertise in fitting, training, and follow-up so that the chairs serve long and well.

It was very interesting to be involved.  We were asked if they could use our church facilities for the project, and fortunately, it was on a week when we had few district activities, so they were able to set up working areas, training areas, feeding facilities, and outside practice areas for the entire week.

When we first agreed to help, I was thinking that we would have a large number of people involved, but the primary purpose for this project was to distribute a smaller number of wheelchairs, and while doing so, to train multiple technicians on assembly, fitting, and maintenance of the chairs. 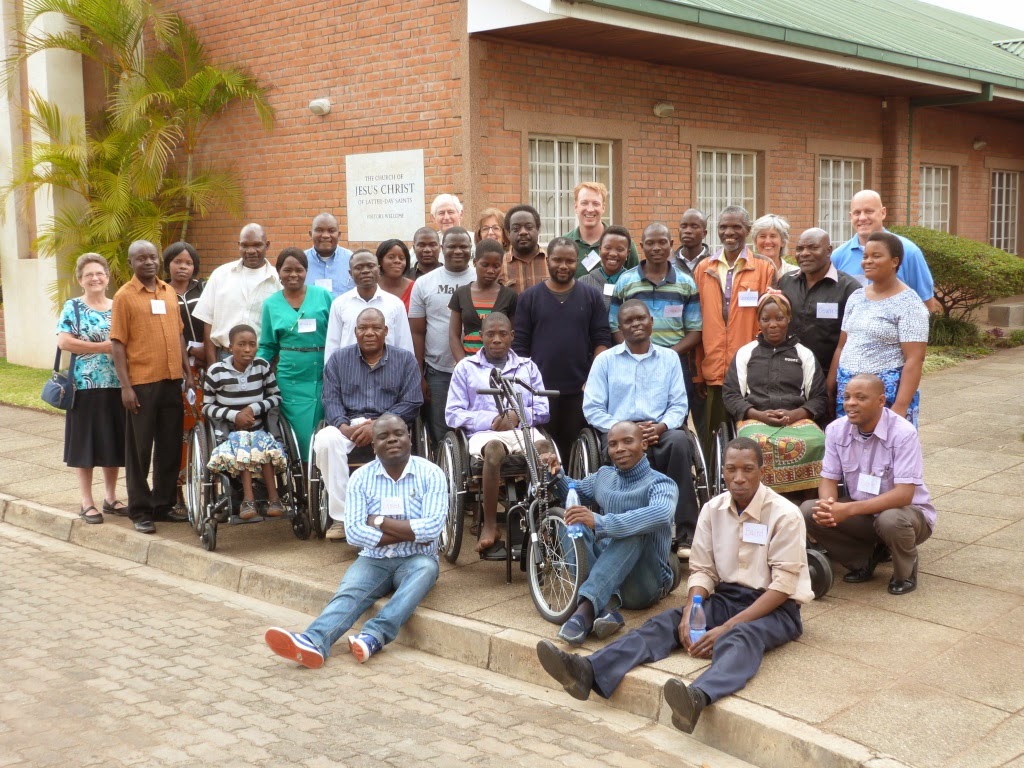 This is the afternoon group at the end of one day, with the trainers and missionaries on the back row, the technicians and administrators in the next couple of rows, the recipients in their new chairs towards the front, and the assemblers/techs sitting down.  They were able to do two such groups each day, and it was marvelous to see the light of hope in the eyes of those who got chairs.  Some had been waiting for many months on the list, and the chance to work again or attend school was something they had dreamed of.

We also invited the administrators from several organization who will assist with continuing distribution efforts so that they would see and understand our needs regarding reporting, tracking, and follow-up for the chairs. 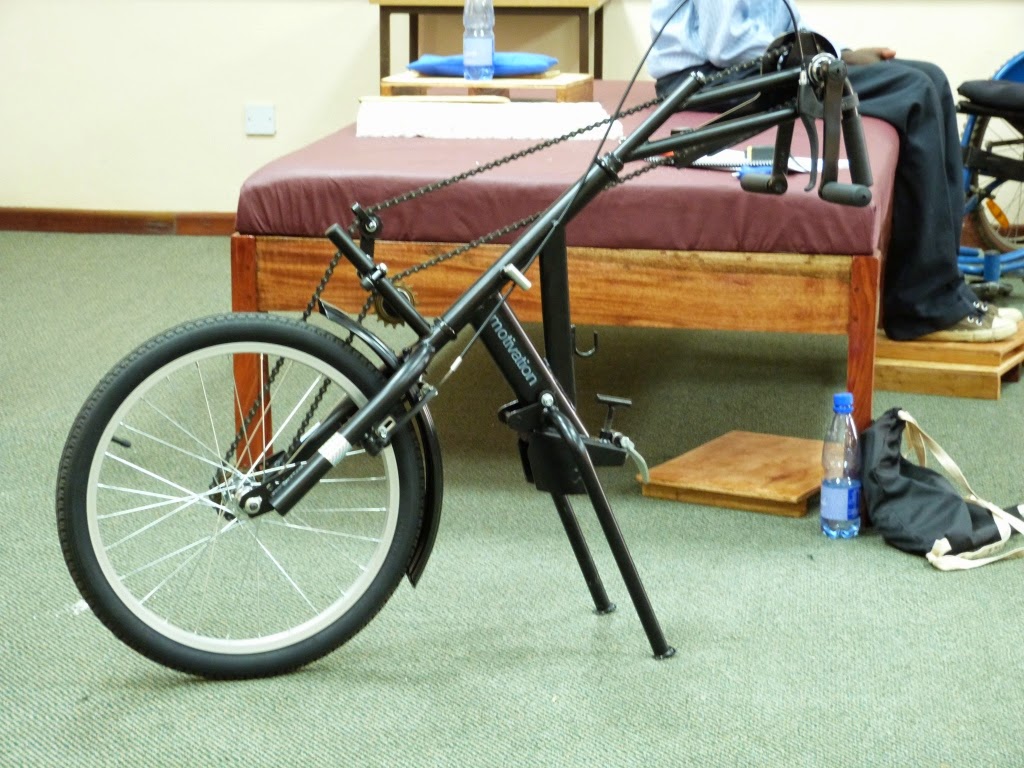 We helped with logistics, keeping the building clean, and I even got to take a spin in one of the hand-cranked front-wheel drive setups, which was fun.  I had never thought about training for the user, but they need to be able to maneuver their chair up and down stairs and ramps, across grass and gravel, up and down inclined areas and in rough areas (which is most of the time).  The hand-cranked version is an attachment to a regular three-wheel chair, and can be attached and removed by the user without assistance.  We furnish that type of chair to those who have far to travel to work or school, and you will see a good number of them out on the roads in Blantyre. 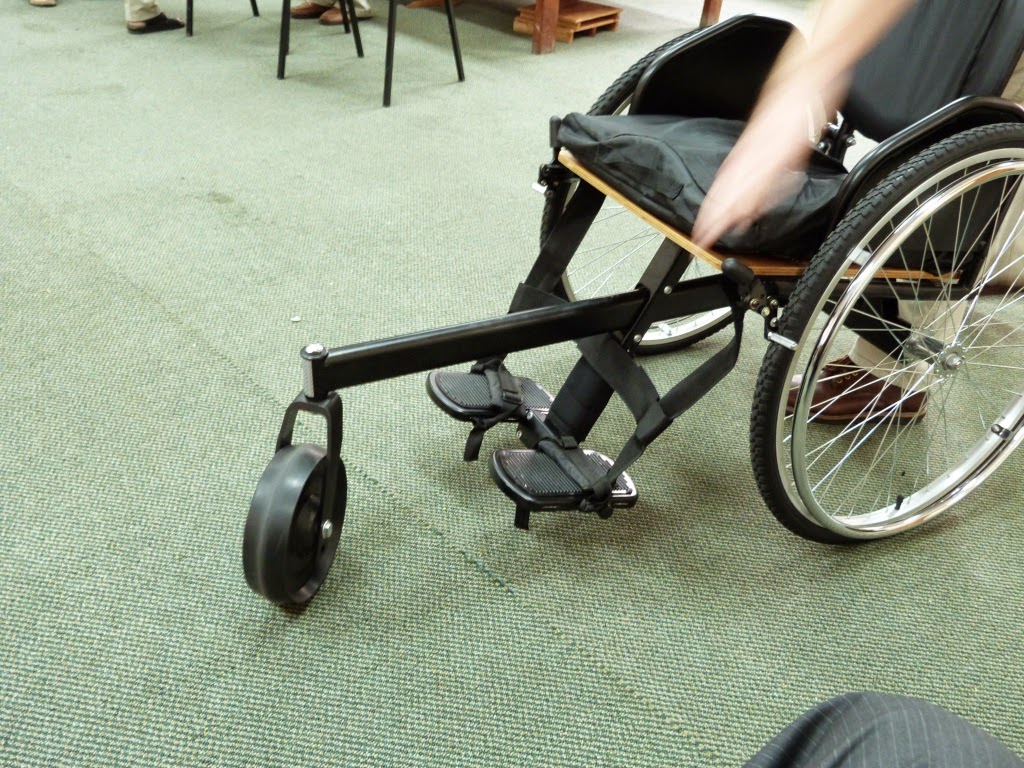 All in all it was a rewarding week, although it took most of my time.  Even Sister Reynolds got involved because some of the seat cushion covers had not been finished properly, so we took them home to our sewing machine and she did some repair work.  Getting a replacement cushion cover might take several months in Africa, so her repair efforts were especially timely.

I know that all of you have been waiting for pictures, and I finally have taken so many and have a little bit of time that I thought I'd bring at least the travelogue up to date.

We were invited to join all the rest of the senior mission couples in Chipata, Zambia for a two-day leadership conference.  It was wonderful to see all of us together.  Many of the couples we met for the first time, since the mission covers both Zambia and Malawi, and our area assignments do not allow time to go visiting.  We were instructed by both President Erickson and Sister Erickson, and then we spent several hours in round-table discussions regarding how each of us was fulfilling our calling in our area of responsibility.  Then we compared notes on what we could take away from each other, as far as experience and goals.  It was a wonderful time. 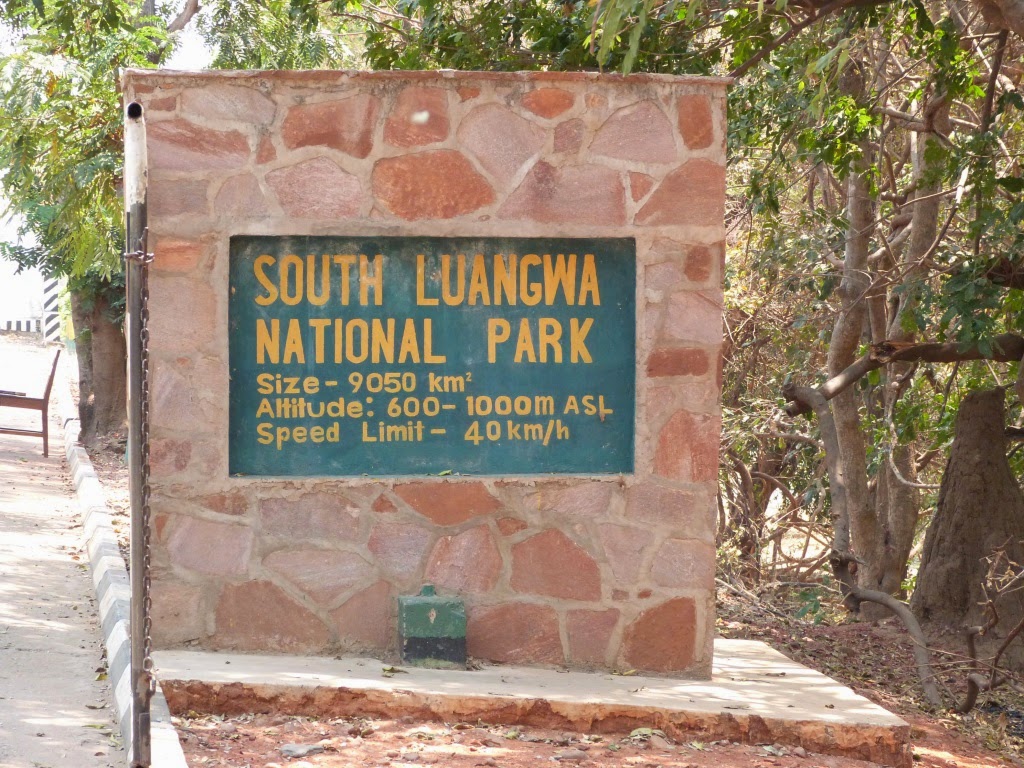 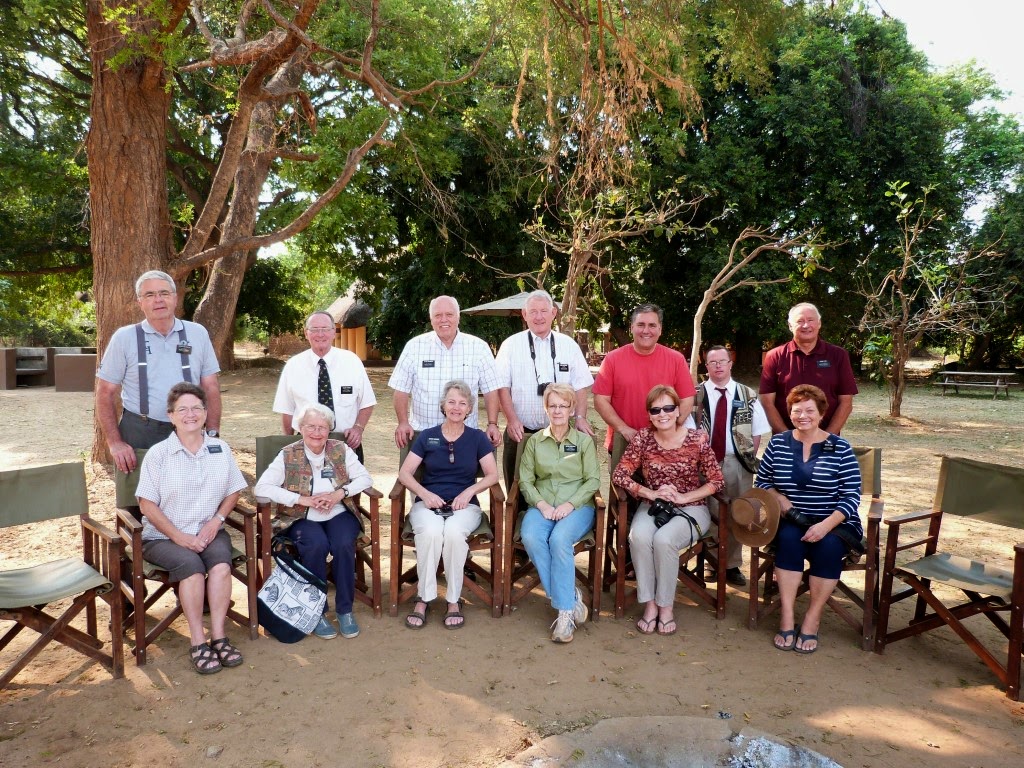 We left Chipata and drove up to South Luangwa National Park to stay at Flatdogs Camp.  We were booked for only a single night, but we decided to extend, so we bought a package that allowed us to go on safari into the park, both on a night drive and on a morning drive.  The camp is really well done.  We stayed in a chalet, but some of our group stayed in tent enclosures, all facing the river, which was spectacular.  We could hear the hippos all night long, as well as the baboons and hyenas and elephants.

The first day we drove into the park in our own truck and just sort of explored on our own for about six houors.  We saw the lionesses with a freshly killed cape buffalo, lots of crocodiles, a herd of about 15 elephant, lots of zebras, 100+ buffalo in a herd, and more impala, waterbuck, kudu, baboons, and monkeys than we could count. 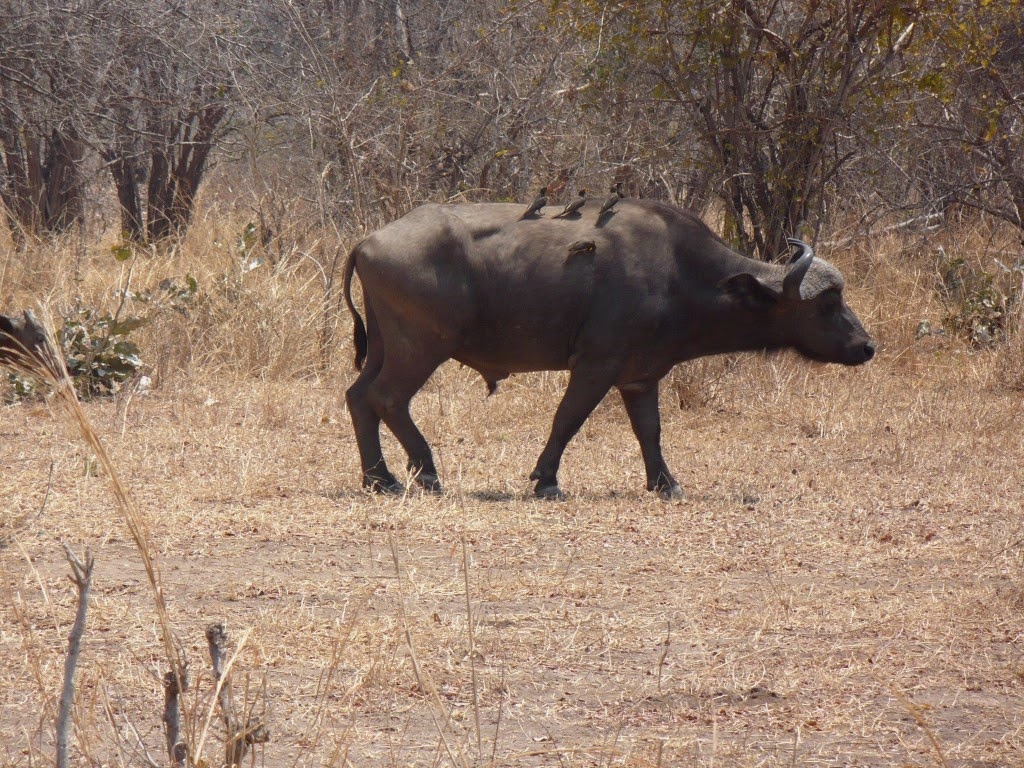 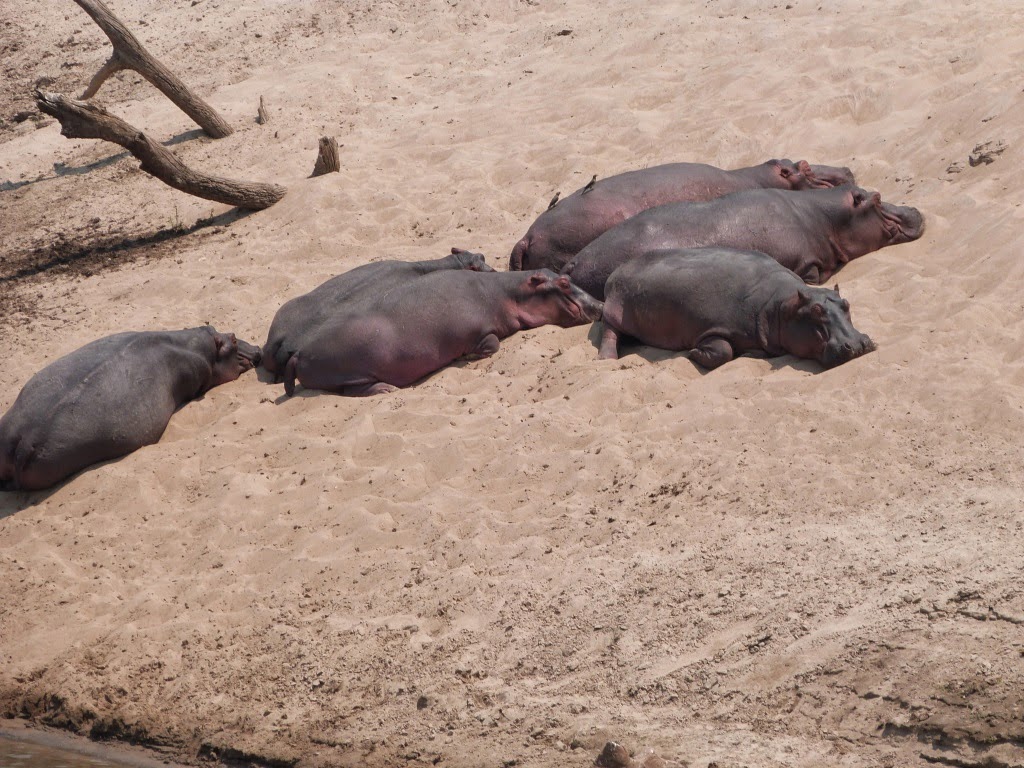 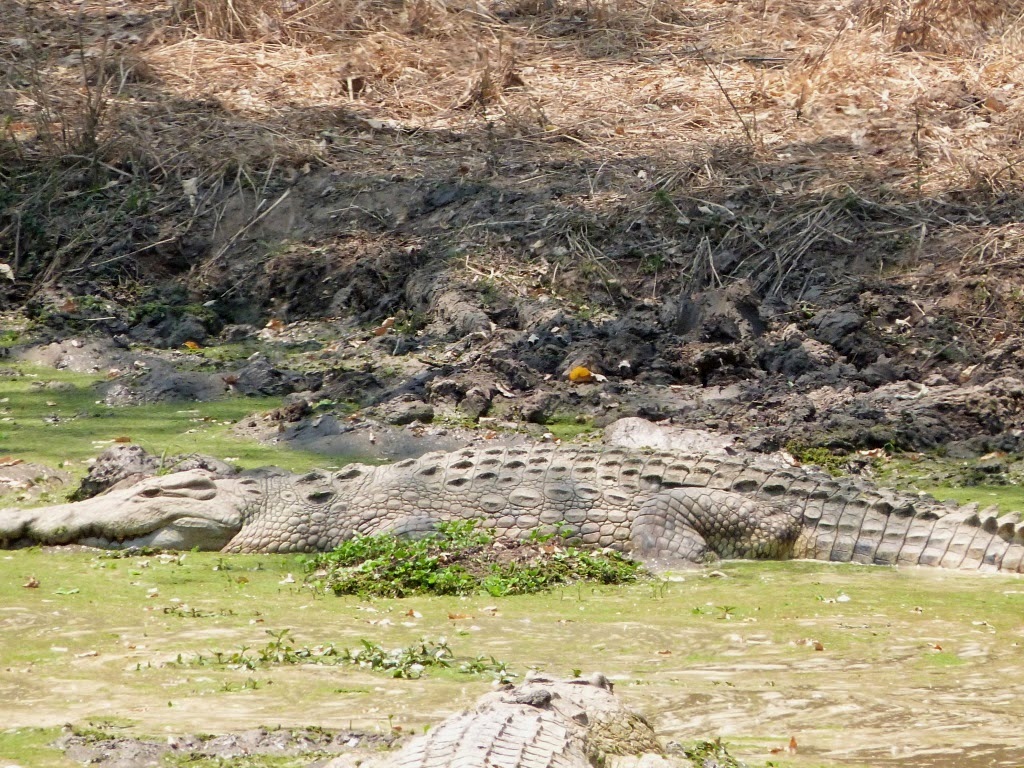 A cape buffalo had gotten mired in a mudhole, and the crocodiles had managed to kill it.  The lionesses came down to the waterhole and took the buffalo away from the crocs.  After they had eaten their fill, the all moved back to sleep off the meal, and the crocs moved back in, the big ones first and then the smaller ones.  By the next day, their was no trace of the carcass, not even the skull and horns. 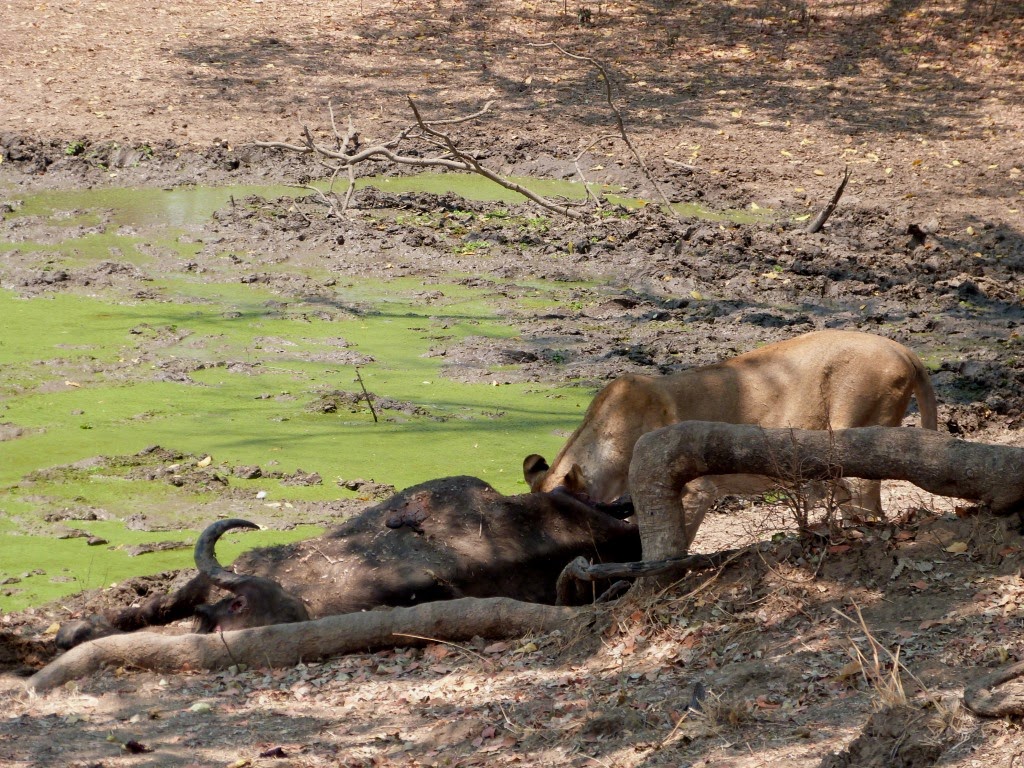 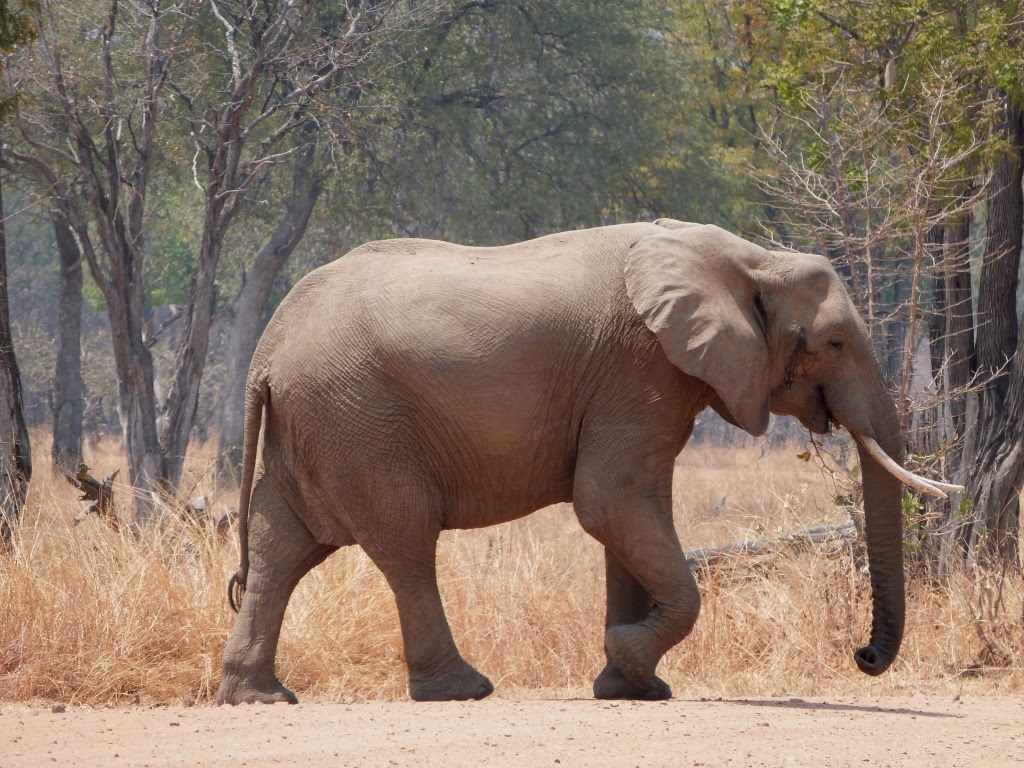 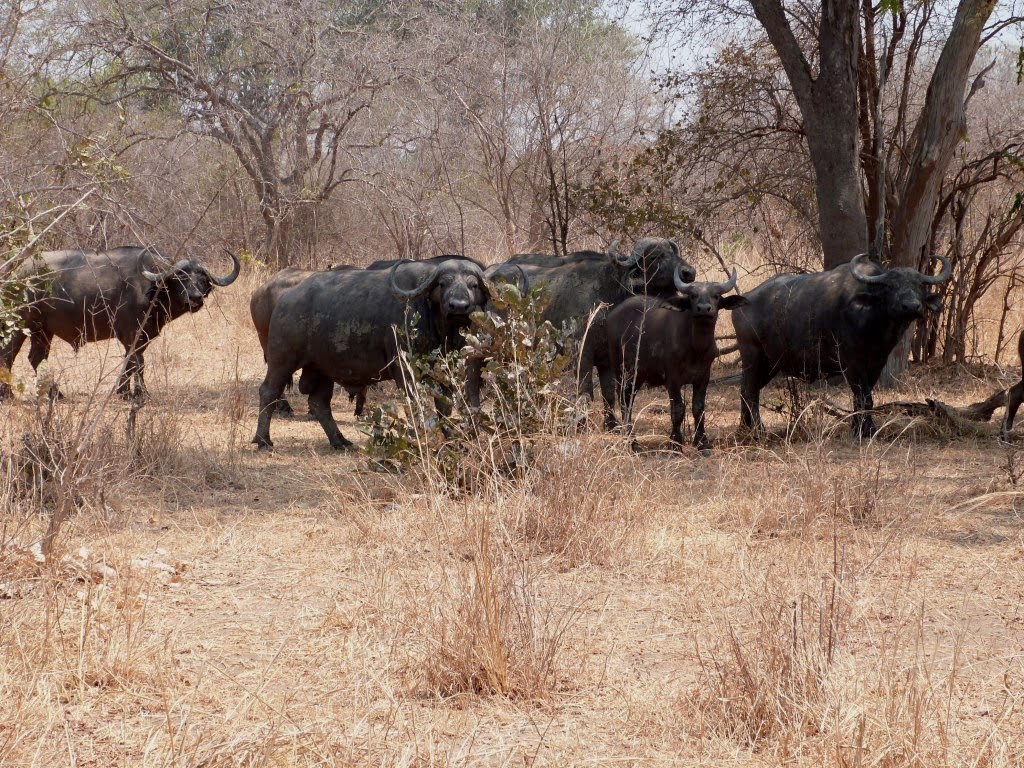 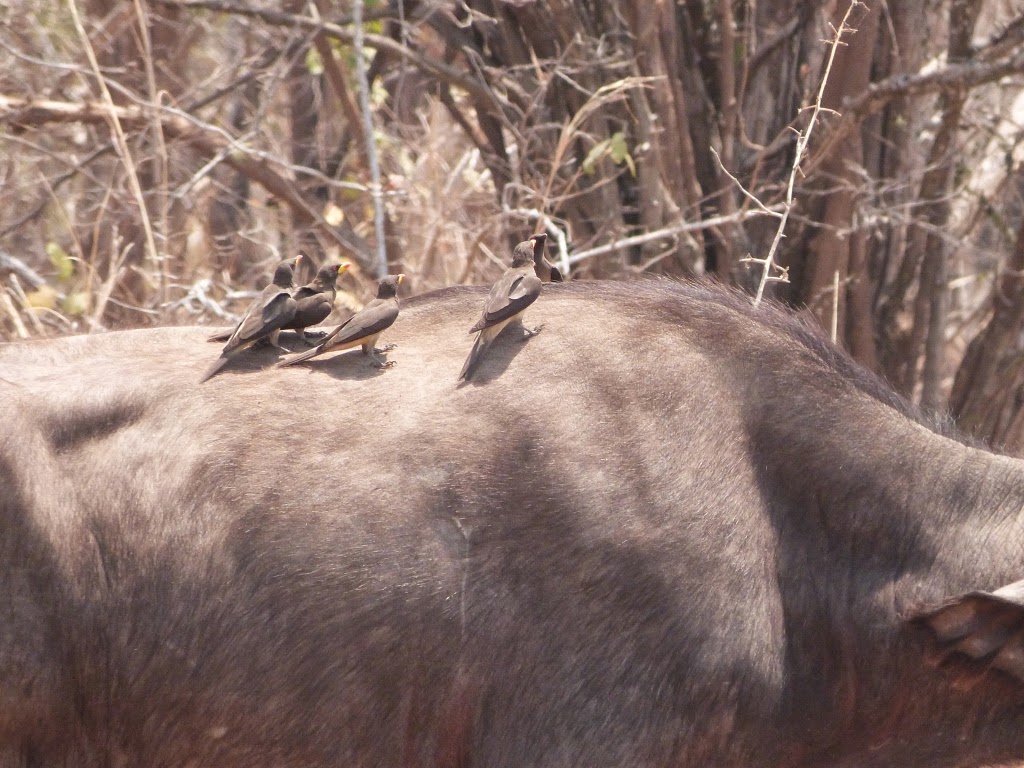 The next day we relaxed and enjoyed the animals which wander through camp.  We were told not to move around camp without a guard, which was good advice, since the animals pay little attention to the people.  They walked us out to our chalet, especially at night, since the hippos are dangerous in the dark.  We even saw fresh crocodile tracks about 10 meters from our front porch.  Here is a picture from the pathway leading to our chalet.  Guests had to leave their tables in the restaurant and take their meals inside because the elephants were cutting through between the pool and the courtyard. That evening we joined a night drive, which lasts about 4 hours and were driven by our guide in an open safari car.  During the daylight hours we saw giraffes multiple times, many different kinds of antelope, and finally stopped for a snack.  After the sun set, his assistant manned the spotlight, and we saw our first leopard, which was really exciting.  We also saw a hyena, civet, gennet, and other small animals, which was lots of fun. 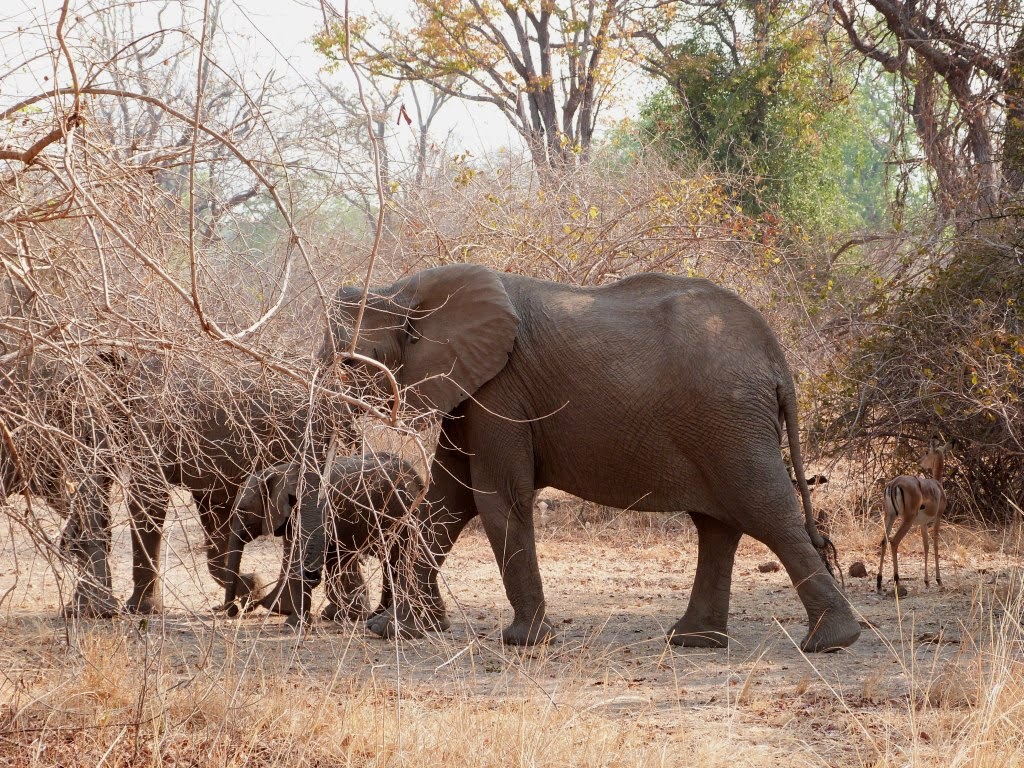 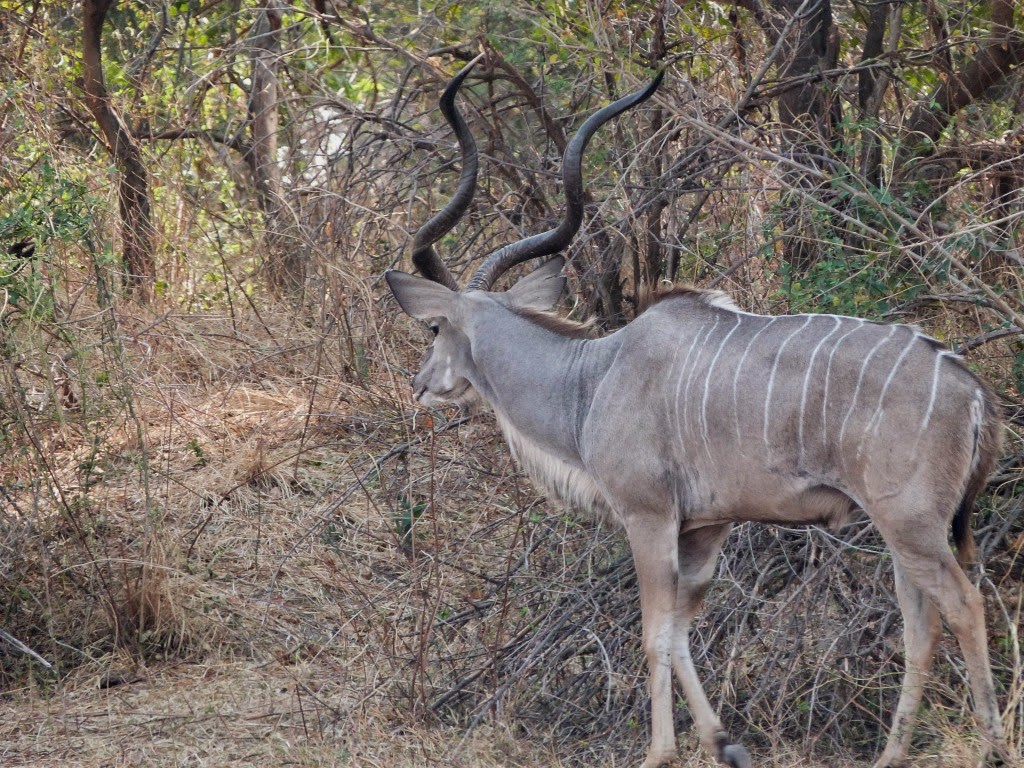 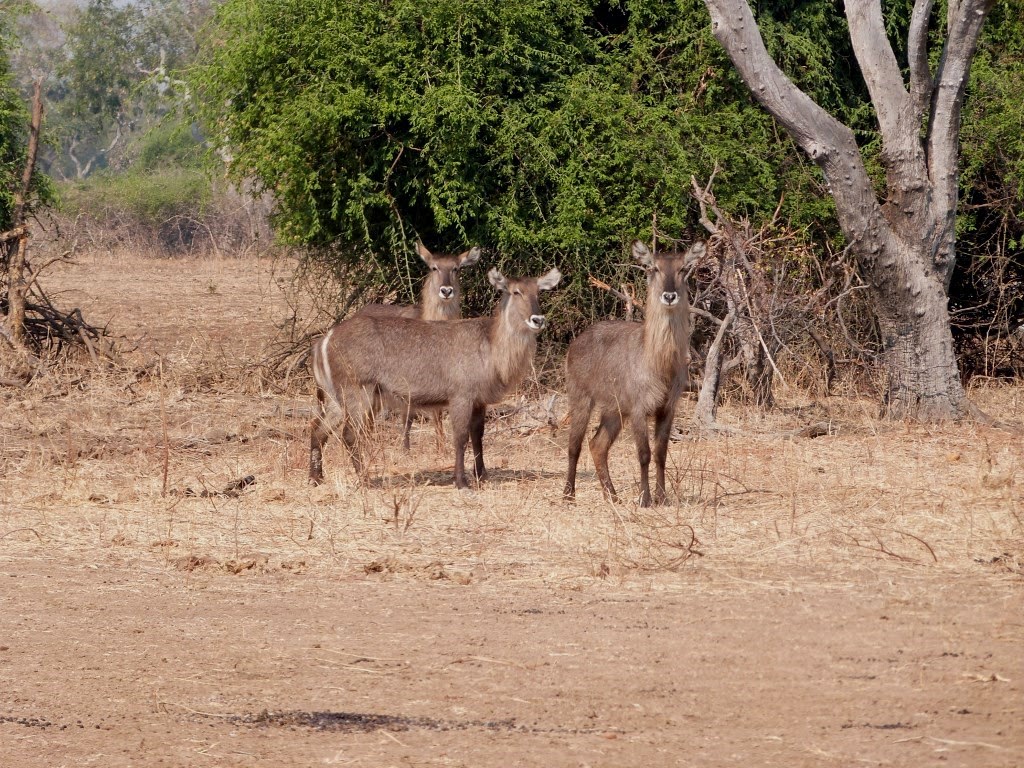 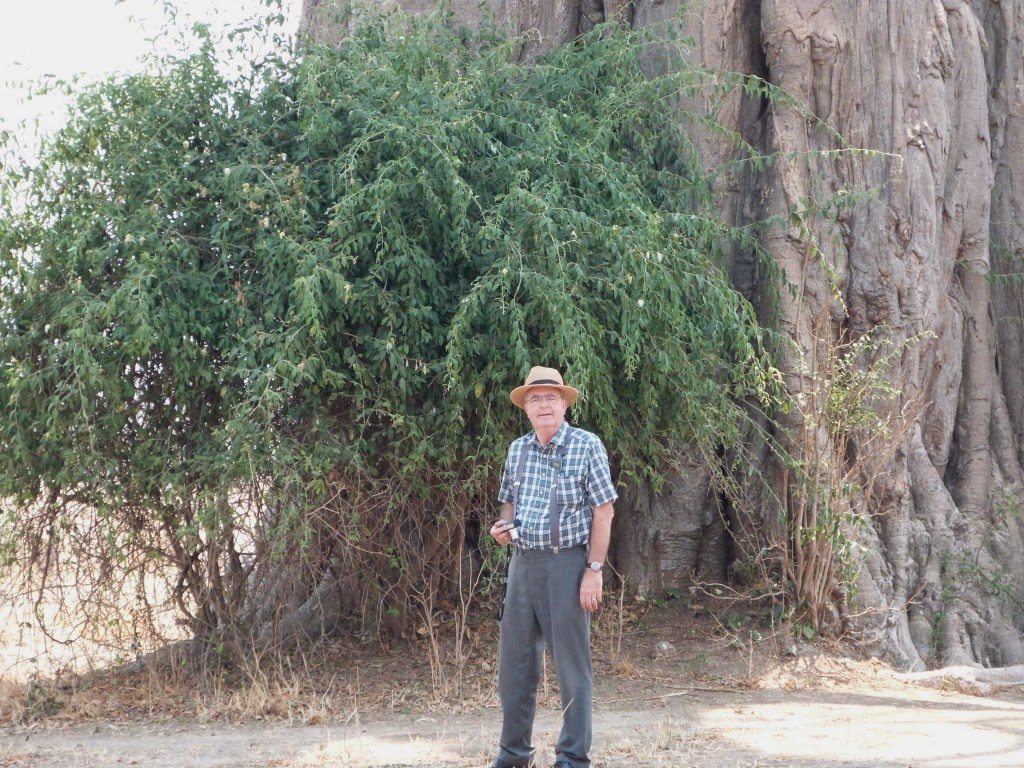 The guide showed us the largest Boabab tree in that section of the park.  They estimate it is around 5000 years old. 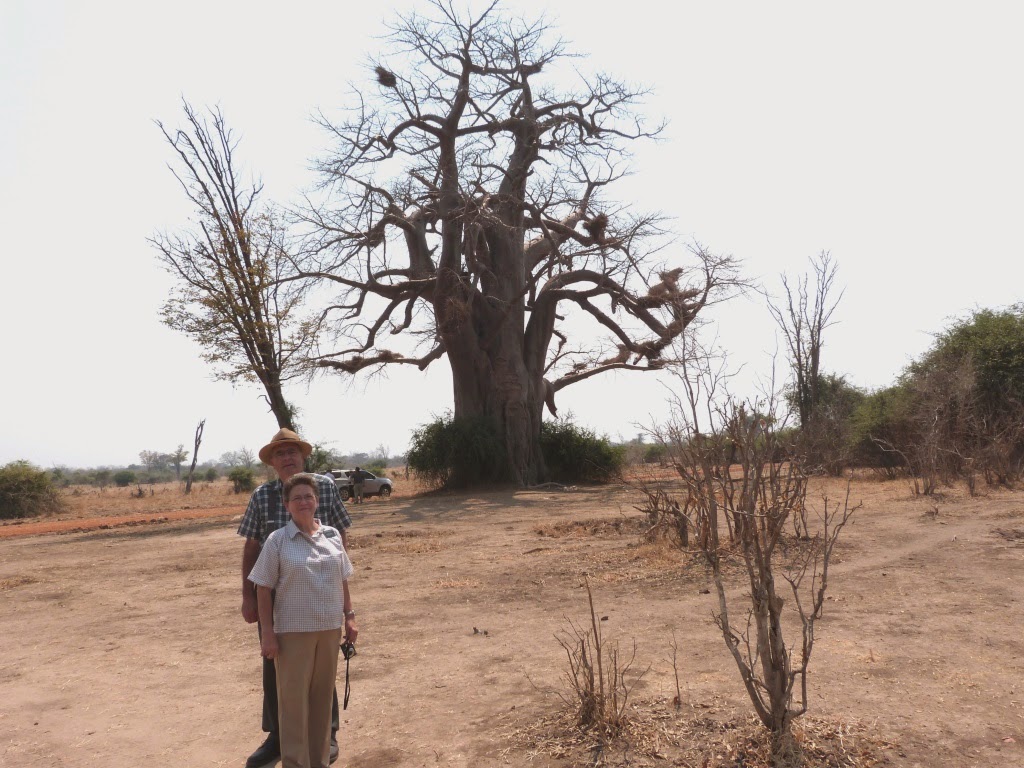 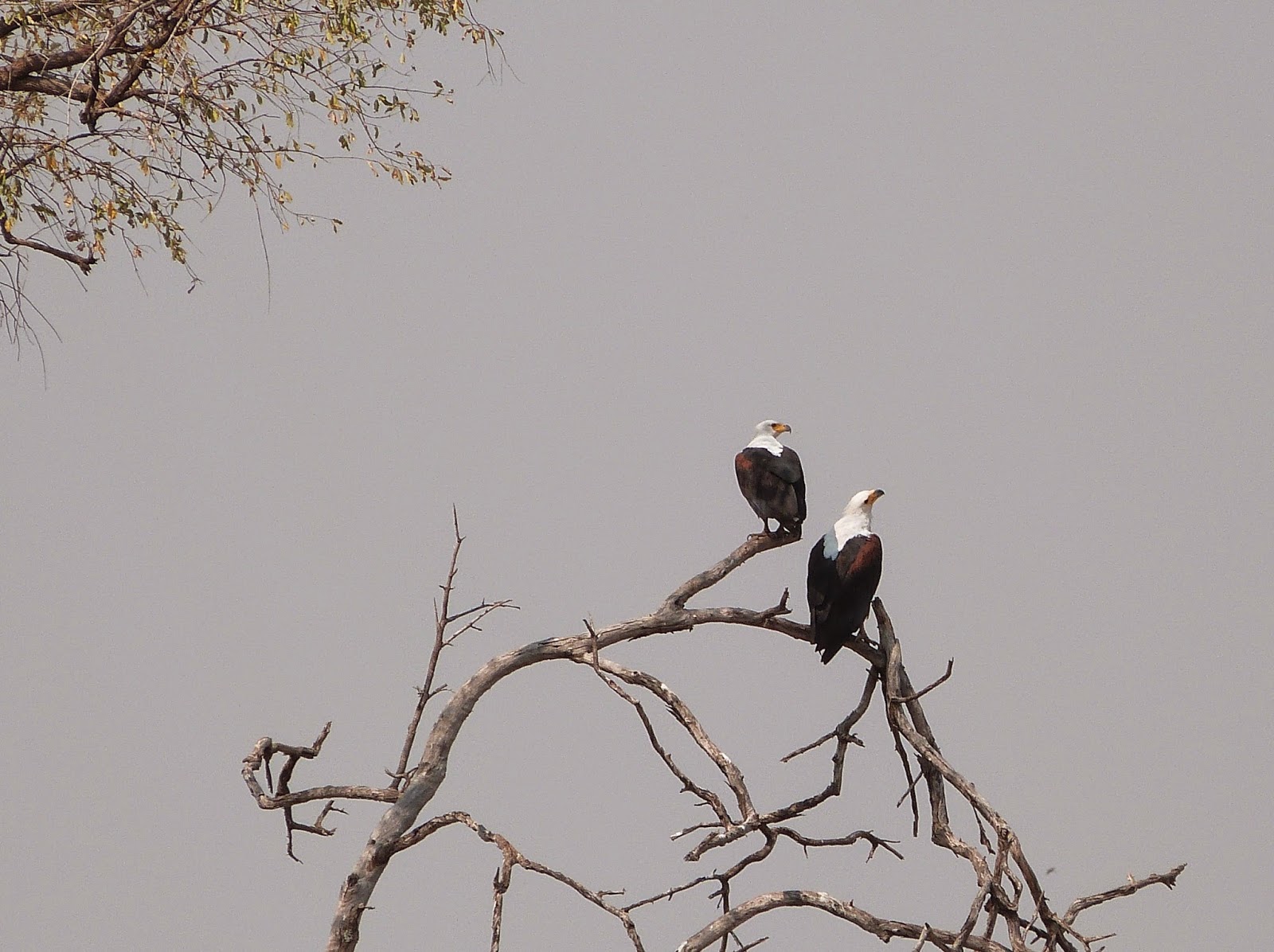 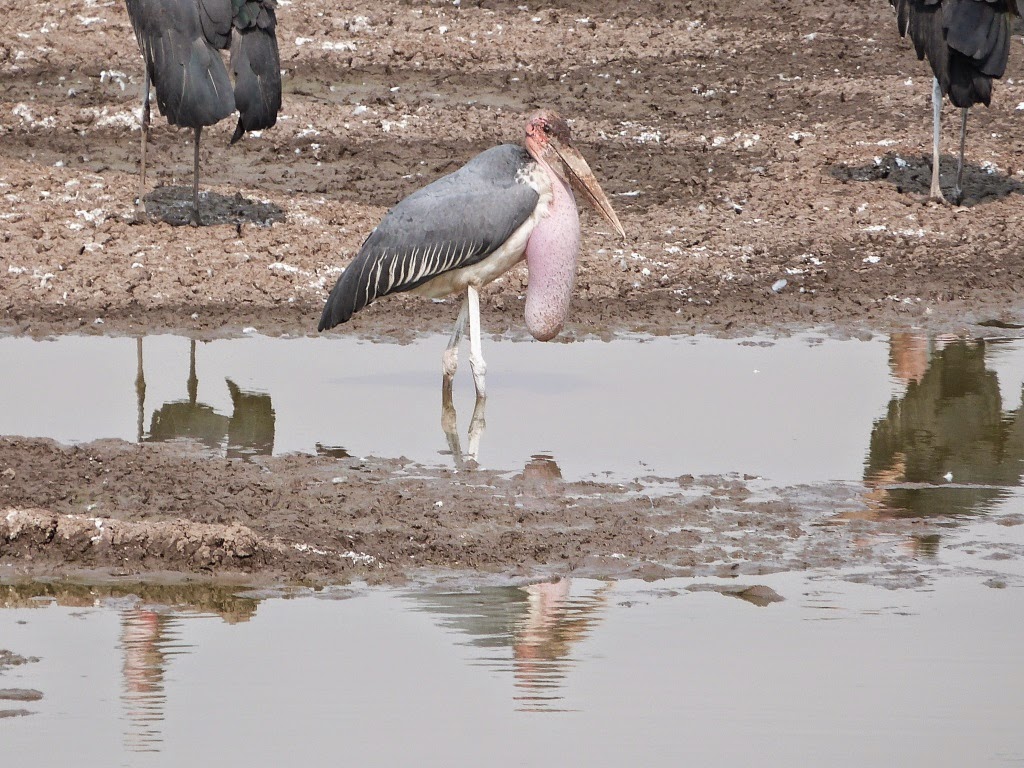 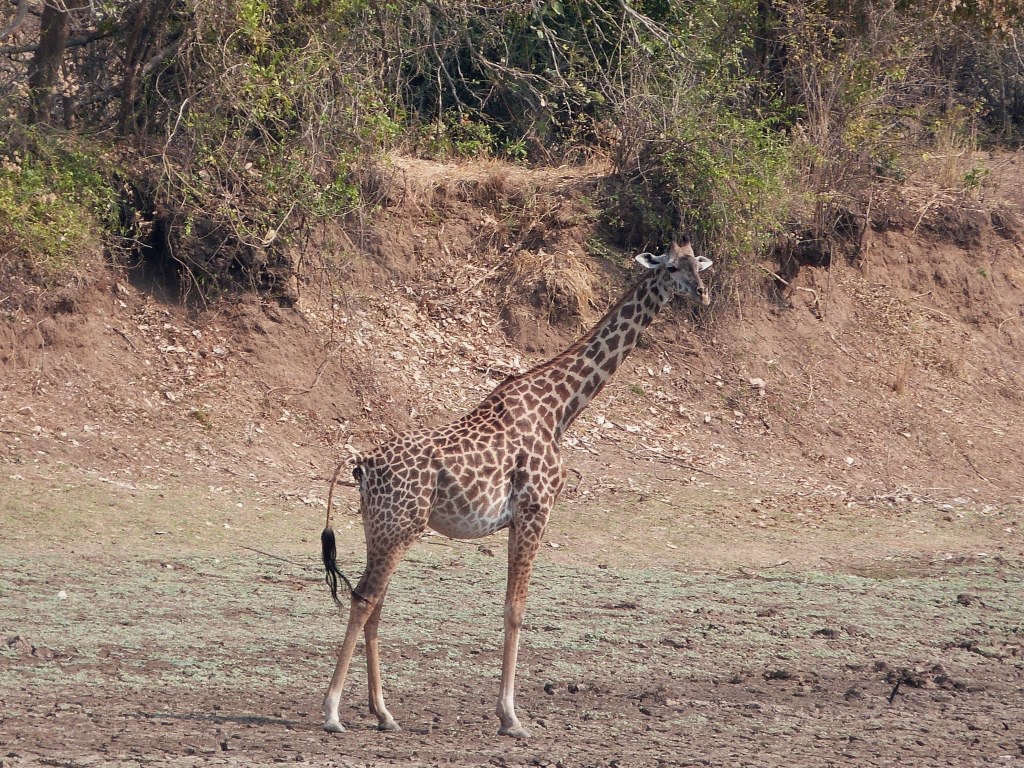 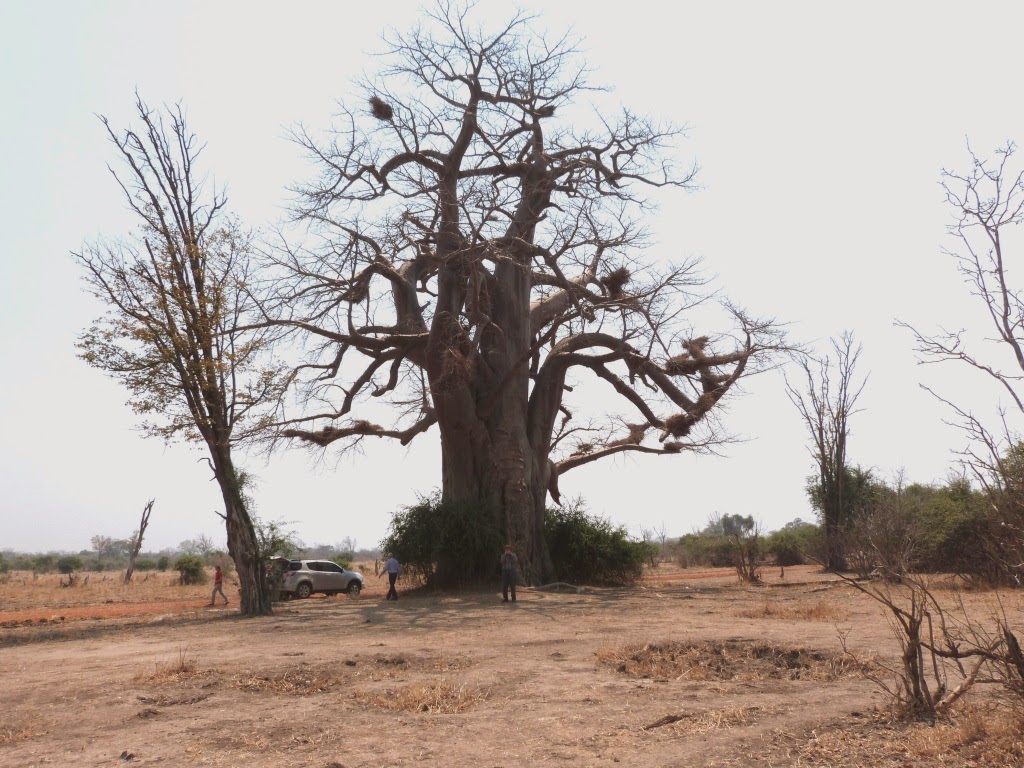 We got back to the camp in time to have dinner, fall into bed, and then be up early the next day to do the morning drive.  We saw another leopard, 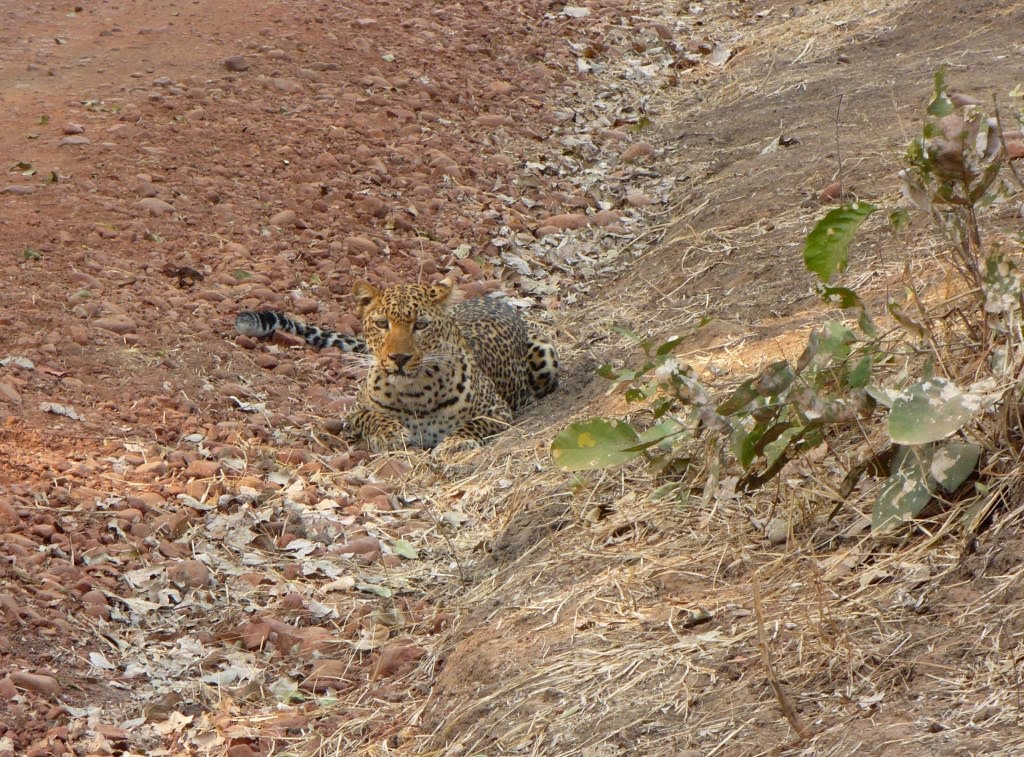 several hyenas, tons of different kinds of birds, including some Maribou storks which stand almost 5 feet high, and phalanxes of pelicans fishing in large groups by herding the fish into shallow water and dipping them up.

What a wondrous world we live in!  The Lord has given us so many beautiful things to see and enjoy.  We left the next morning and drove back in to Lilongwe, Malawi, then left early again and drove across to Lake Malawi in order to deliver a Bible I had promised to one of the gardeners while we were at District Girls' Camp the month before.  Lunch overlooking the lake was absolutely spectacular.  It was just clear enough to see the other side of the lake from our table.  We have been their three times, and this was the first time we could see all the way across the lake.

So here are the promised pictures.  Enjoy!