Andrea dropped by this morning and wanted to take some pictures to remember us by.  His wife said he should get the pictures for sure, and so we obliged.  He is the tallest of all of those who have been our guards.  Most of them were only a couple of inches taller than Sister Reynolds.  He is very proud of his uniform, wanted to be sure we got a picture of his boots. 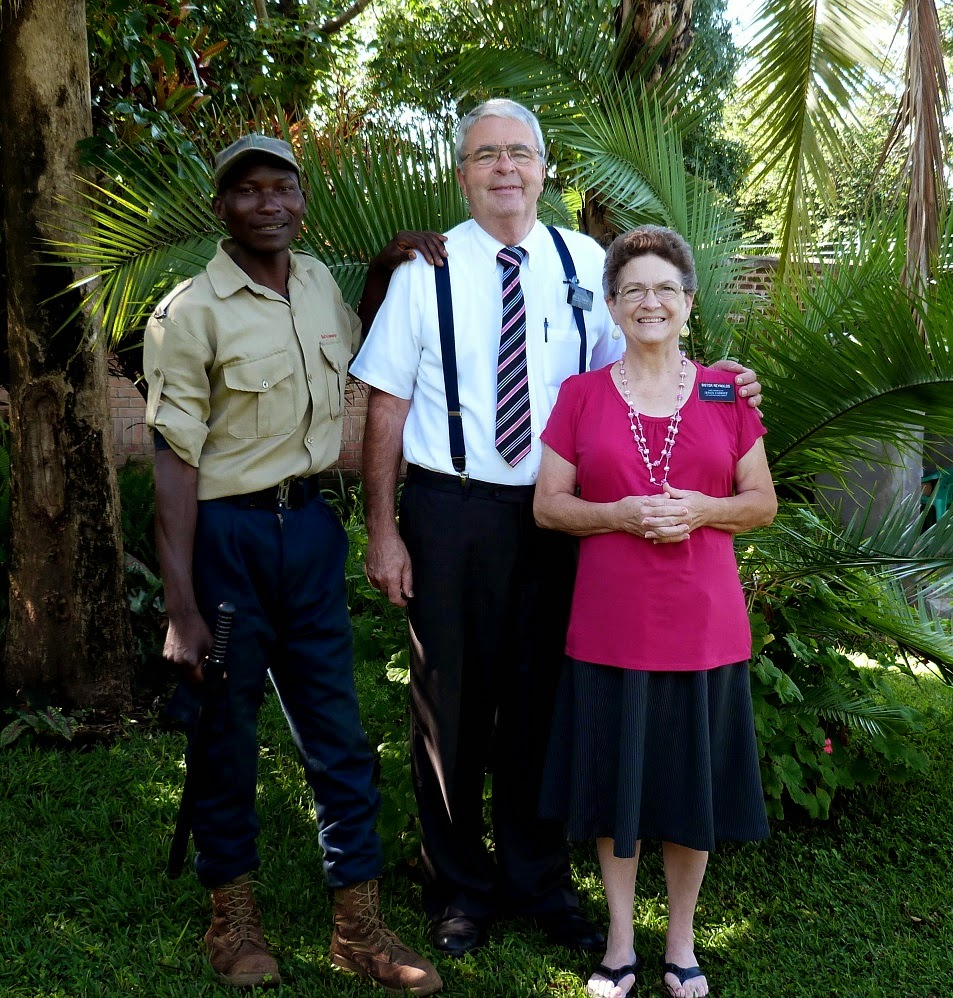 Sister Reynolds is wearing a skirt which was made by his wife.  She is an excellent seamstress, the best we have found after a couple of not-so-good results.

Can you tell we live in paradise?  Everyone who visits us says our compound is like the Garden of Eden.  We have heard it compared to Thailand for lushness and beauty.  Of course, we are in the middle of the rainy season, so it is about as pretty as it gets. Much of the credit goes to our gardener, Davey, who does a wonderful job keeping it all trimmed and neat.
Posted by Ann and Ken at 11:18 AM No comments:

Today I wanted to show that the work goes on in spite of the trials.  The rain has continued, and we are still experiencing the loss of structures, but the missionaries are happy and moving on.

Africa South East Area President, Elder Carl B Cook of the Seventy, toured our mission and provided a welcome day of instruction and inspiration for us.  We had the entire Lilongwe district come down again and stay overnight, just as we did last month.  Elder Cook and Sister Jeanette Cook met with the Lusaka and Copper Belt zones in Zambia and then flew down to join our zones here in Blantyre.  They had quite an adventure, their flight was delayed leaving Lusaka, and then the airline cancelled their connecting flight in Lilongwe, so they had to spend the night.  Unfortunately, all of the Zone had already come to Blantyre, so there was no one in Lilongwe to help out.  The airline arranged a shuttle and put them up for the night in a hotel.  We were supposed to begin meetings at 7:45, but by the time they finally arrived at the building it was 9:30.  It was raining so hard we had to turn the sound system up so that we could hear Elder Cook. We all decided that something great is going to happen in Blantyre because of the increased opposition we have been experiencing.

All this has not dampened the spirits of the missionaries, however, as you can see from the group photo we took (inside the cultural hall this time) because of the rain.

The moisture has brought out the frogs and crickets, and lots of flying creatures.  We especially enjoy the butterflies and moths.  Here's a picture of one on our back door window.  Sister Reynolds held up her Bic Inkstick to show the size. 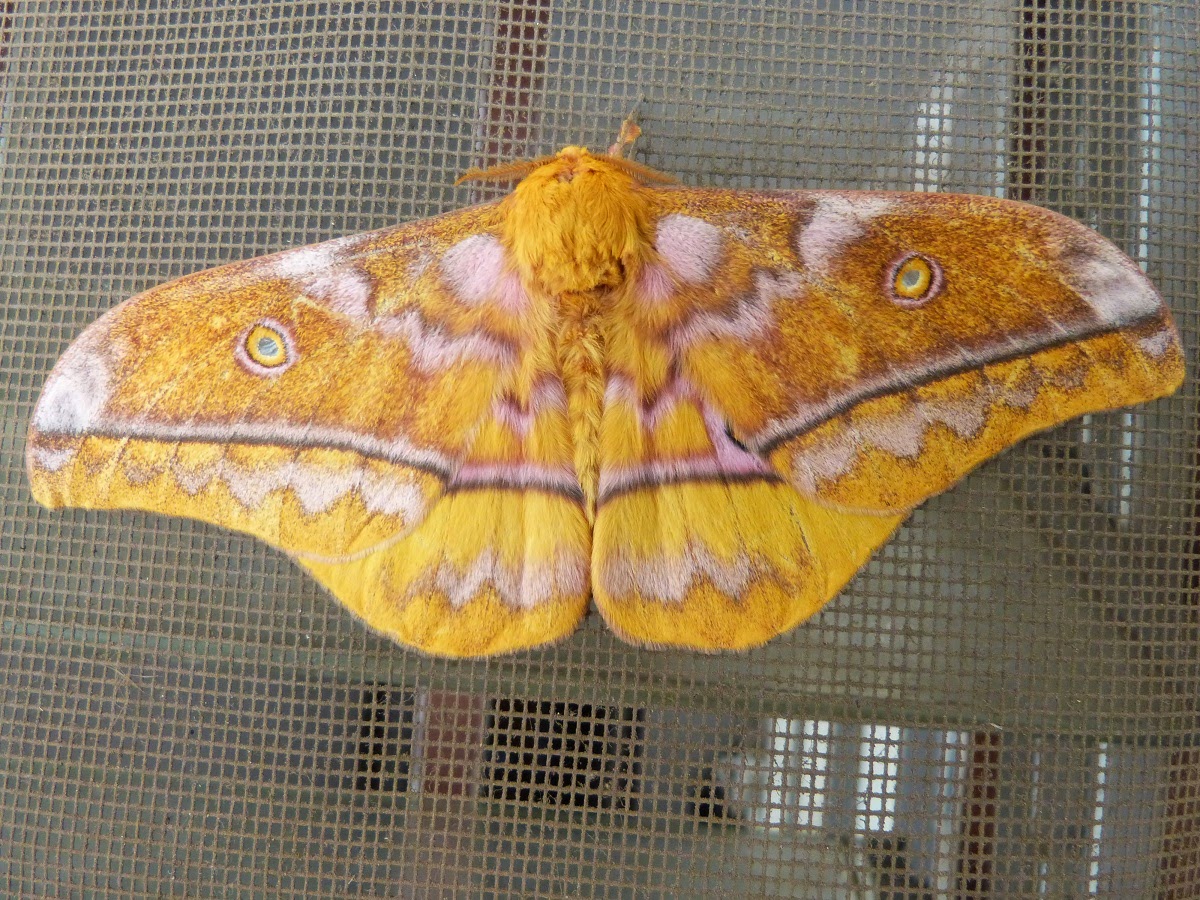 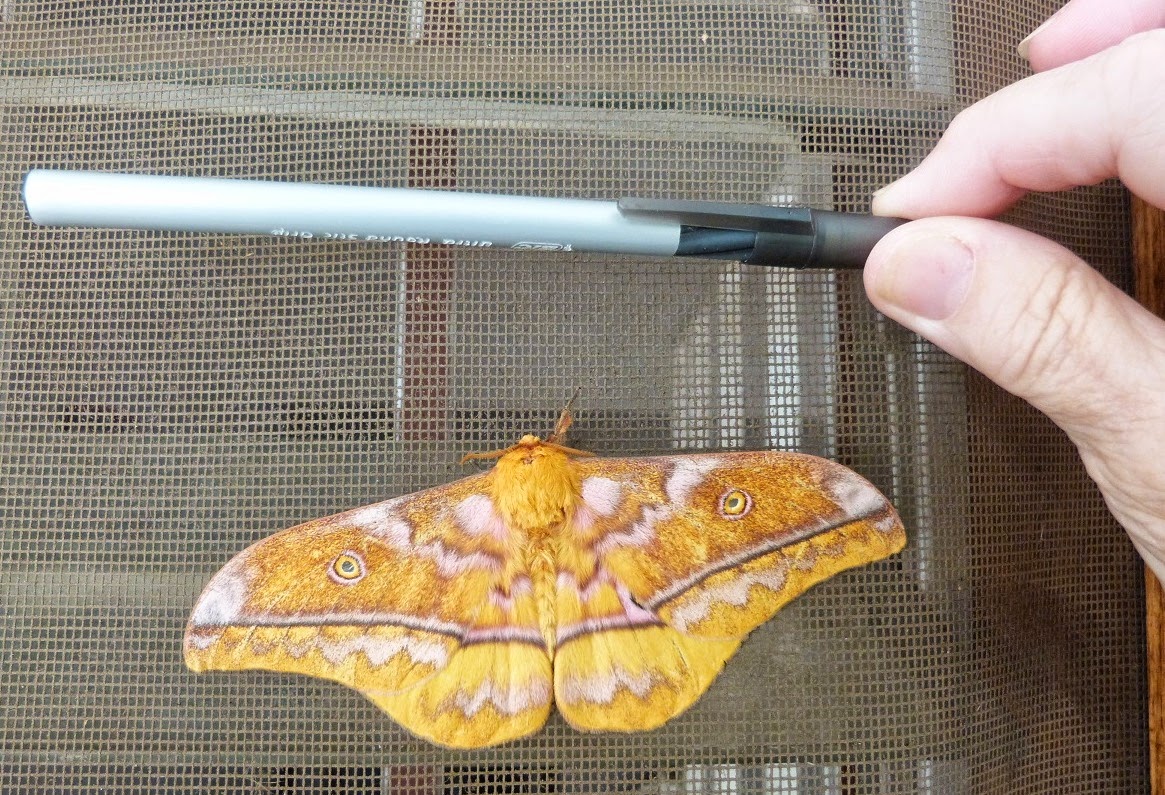 Here is a picture of a family from Zingwanwa Branch waiting outside the airport for their Sister Missionary returning from Kenya-- Mom, Dad, and the little ones, along with a Great-aunt. 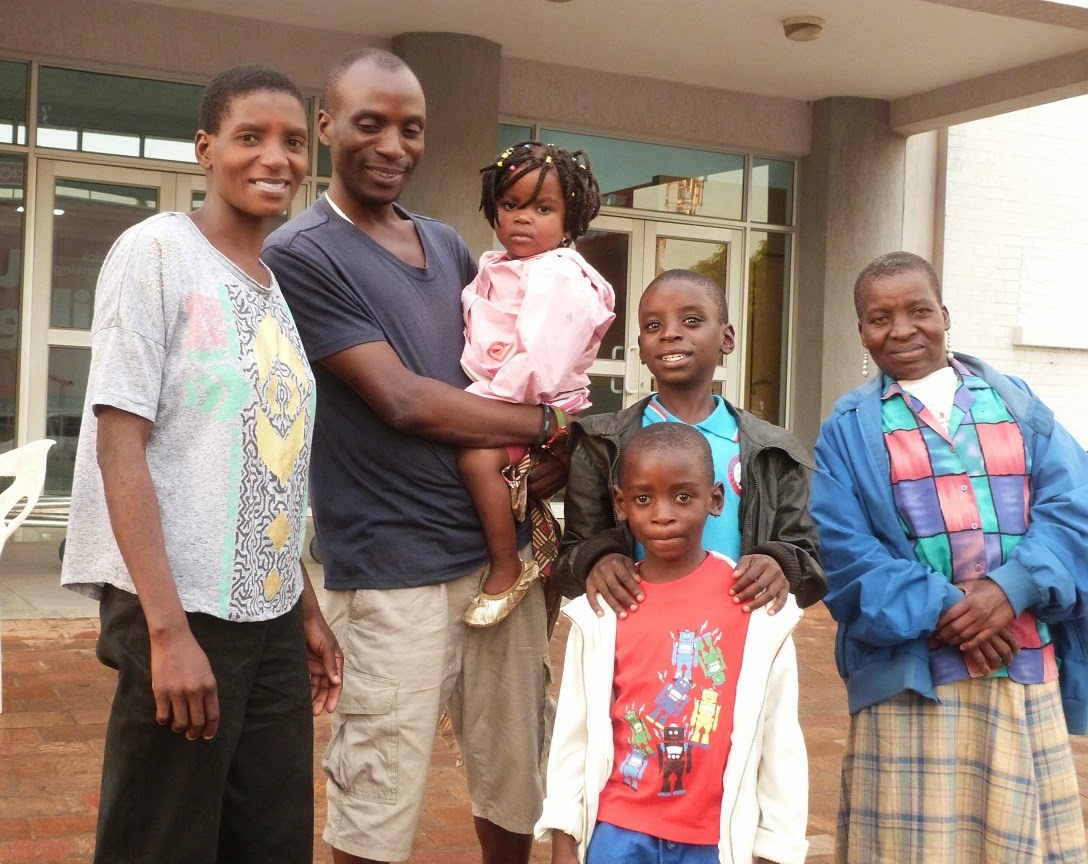 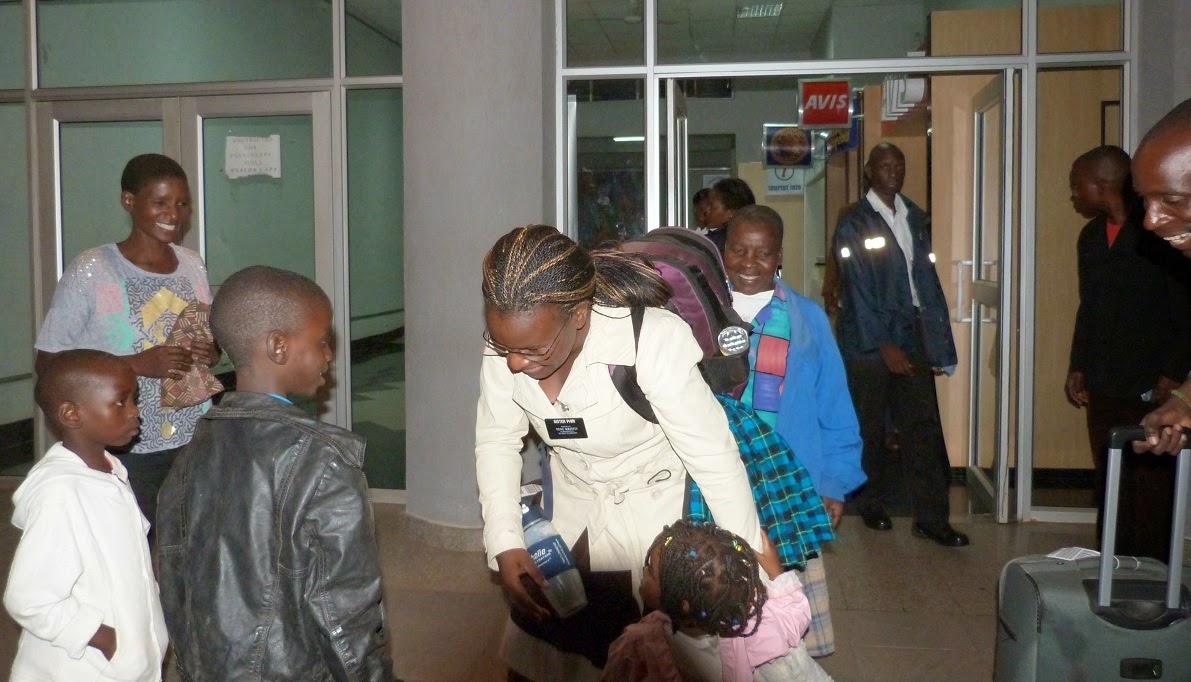 And the very next day we sent out a new missionary to South Africa, with the senior couples and his extended family gathered as he was set apart. 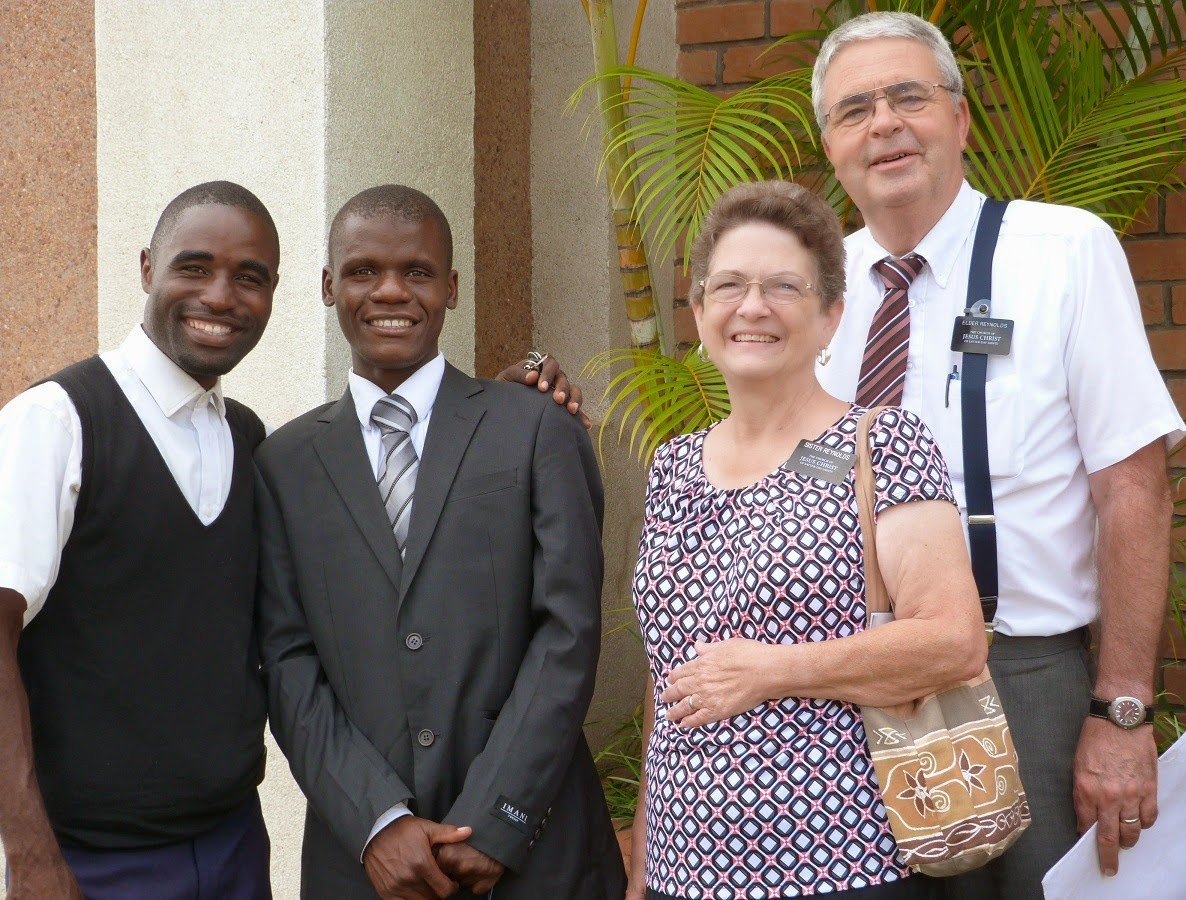 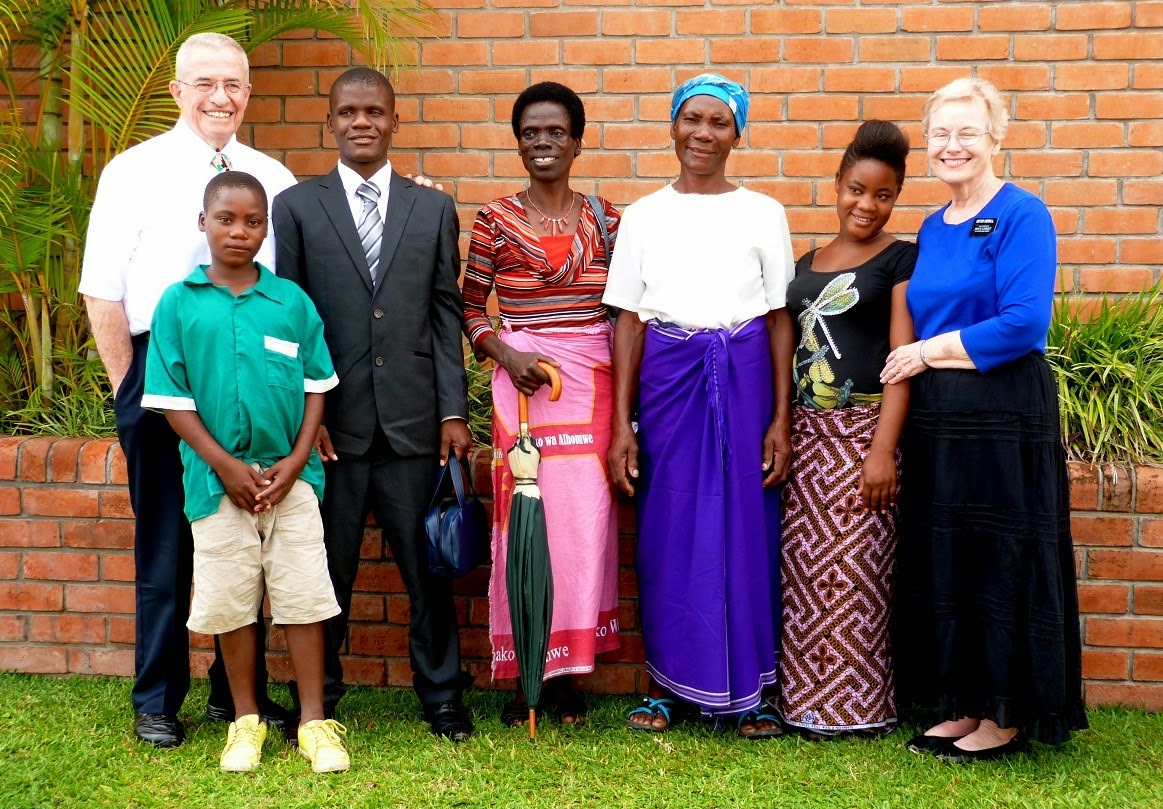 The couple in the second picture is Elder and Sister Merrill, who will be finishing their seventh mission in June.  It is hard to believe that we have only six weeks left before we have to leave our beloved Blantyre.  We will surely miss these members and missionaries, realizing that we may never see any of them again in this life.  Elder Paul asked to shake my hand before he left, because he might never have the chance again, but I replied, "You just behave yourself, I expect to meet you again in eternity."  He promised to be obedient and work hard, and I told him he would be a happy missionary.