We are on the first leg of our trip back to the USA from the most beautiful part of the Zambia Lusaka Mission, having completed 23 months of service since arriving at the MTC in Provo on the 22nd of April, 2013.  I can hardly believe we have been gone that long.  Especially the last few months, which have literally flown by.

We flew to Johannesburg, had a 5 hour layover, and then flew overnight to Perth.  The seats on that Airbus were awful, cramped, narrow, and no individual air conditioning.  Can you tell that I am from Seattle where they make really good Boeing airliners?  Even the little Embraier jet we flew from Perth to Adelaide was quite comfortable.

We got in about 23:00, after 24 hours in flight and maybe 1 hours sleep.  By the time we rented the car and drove to Mawson Lakes, SA, it was after midnight, and finally in bed by 01:00, but slept until 9:00, so we are beginning to catch up.  We found a Subway (oh joy, oh joy) and had a seafood special for breakfast at about noon.  Afterward we took another nap, then met Martyn's parents and his sister, Jennie for a nice visit.  It was good to see them after so many years.  Peter looked well, but he is having difficulty remembering much any more.  Janet is doing well, and Jennie is expecting a grandchild from each of her chicks in the next few days, so that was exciting news.

We went looking for a good fish and chips shop last night, and found one on the first try.  They had really great butterfish, calamari, and shrimp with great chips.  I'm afraid that Malawi doesn't know how to cook fish, mexican, chinese, or thai or fries.  Blantyre does have great Indian cuisine, especially lamb and goat curries. We will have to be careful or we will gain back the weight we lost.

Speaking of lost, we got lost and spent an extra hour in the dark, wandering around Modbury, Salisbury East, and other unknown points before finally getting back to Mawson Lakes.  After learning to navigate in Africa with no street lights, no road signs, no traffic lights, and no rules of the road you would think we could find our way around in civilization, but I did have to stop and ask directions.  We missed to turnoff to Montague Road, and that was the initial mistake. 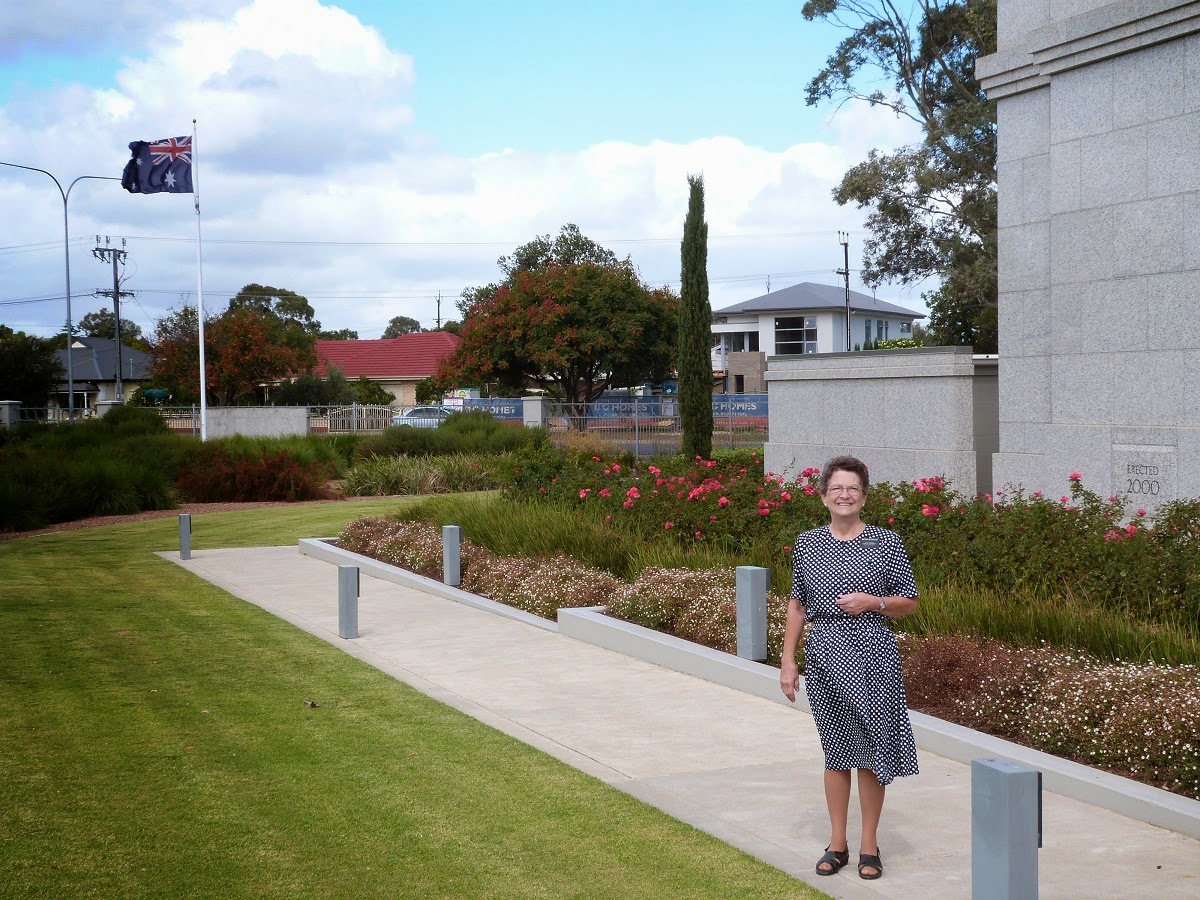 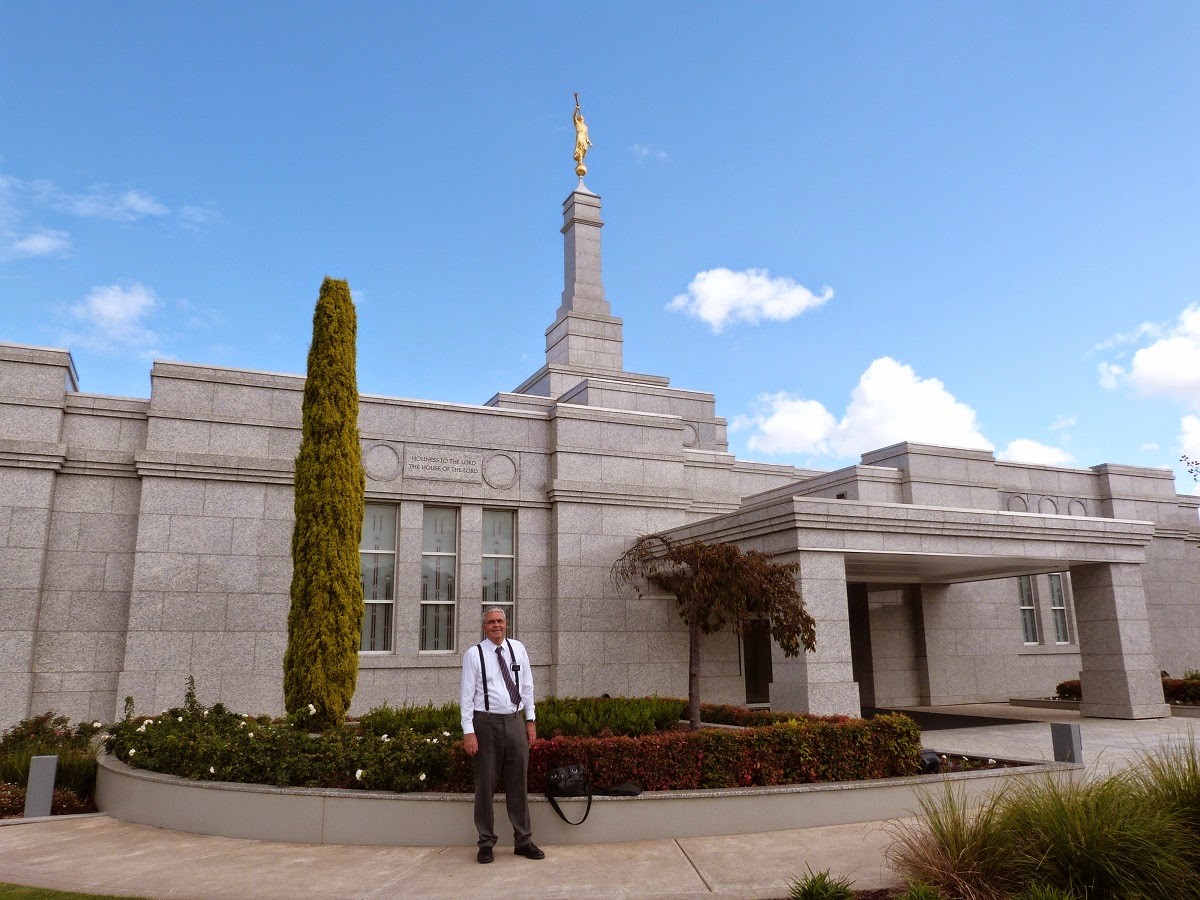 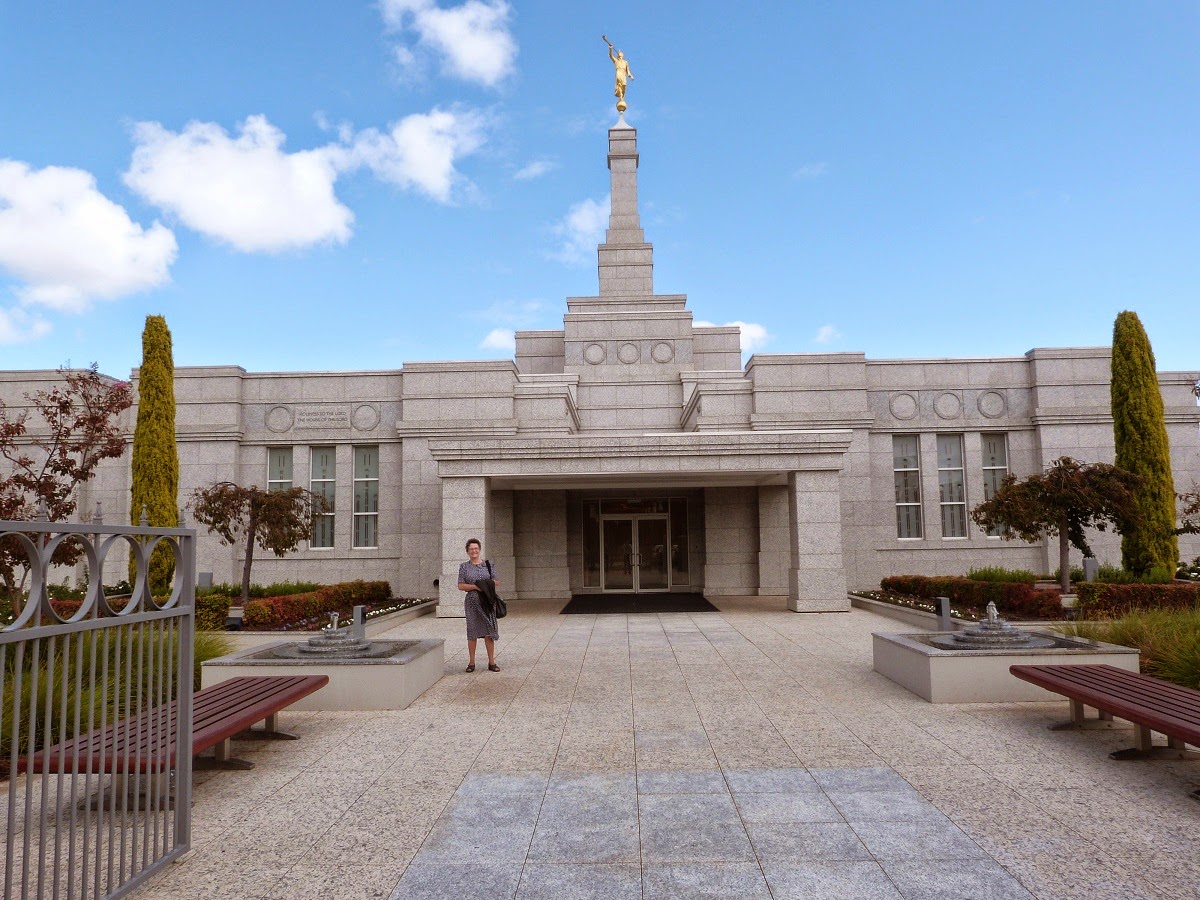 We had the opportunity of attending the Temple in Adelaide, which has been the highlight of our stay-over so far.  We had a delightful visit with the Temple President and Matron afterward.  They had been on a mission to Finland before he was called to the presidency, and are looking forward to going again when his service is over at the temple.

We went shopping this morning, and found DeeAnn's sleepers she ordered (Shields in Westfield Mall) and a swimsuit for Sister Reynolds (Target) for Hawaii next week.  Also an Oz electrical adapter--the one I brought with me keeps falling out of the wall plug.

So now we have plans for tomorrow morning to go to a little Bavarian-themed village, kind of like Leavenworth, WA and then back to Mawson Lakes for tea with Martyn's family.  Hopefully Jodie and Matt will both be able to attend and we will try to get pictures.  More on that later, and on our plans to visit the cemetery with Jennie on Saturday morning before she has to return to work and we get ready to fly to Honolulu.
Posted by Ann and Ken at 12:52 AM